In this study, a new four-order moment method for reliability analysis of slope stability was proposed. The reliability analysis of slope stability was conducted by the combination of the uniform design method, the RBF neural network technique, and the maximum entropy principle. The network training sample space of cohesion and internal friction angle was firstly determined by the uniform design method, and the slope safety factor related to the samples was obtained by the strength reduction method using the finite element analysis. The RBF neural network was trained by the samples and their corresponding safety factors. The safety factors of the slope satisfying the statistical requirement were obtained by the well-trained neural network, and the first four-order moments of the slope safety factor were calculated. Furthermore, the approximate expression of probability density function of the slope safety factor, the slope failure probability, and the corresponding reliability index were investigated by the maximum entropy principle. Compared with the results from Monte Carlo method, the proposed method shows high precision. 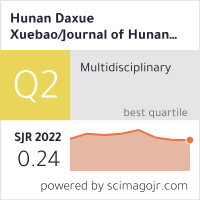